The popular band “Discounted”, who feature Collyer’s students, recently performed at the final of the Battle of the Bands Revamp 2019, a competition organised by Jodie Munday, a key player in Horsham’s flourishing live music scene.

Discounted previously won the Battle of the Bands at Tanbridge House School in April 2019, which qualified the group for the final, held at the Horsham’s Holbrook Club. The band knew it would be a tough gig, as they were up against a number of semi-professional bands who are already regulars on the regional music circuit. First on, the group performed a mix of songs from Green Day, Red Hot Chilli Peppers, Franz Ferdinand and gave the first performance of a new track they have written called “Basement”. Although the competition was ultimately won by a talented band called The Farm Boys, Discounted certainly won some over some new fans and will now return to the studio next month to record “Basement” at QM Studios in Horsham.

Discounted performing at Battle of the Bands Revamp 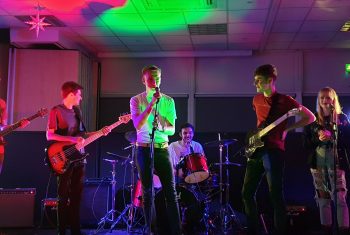 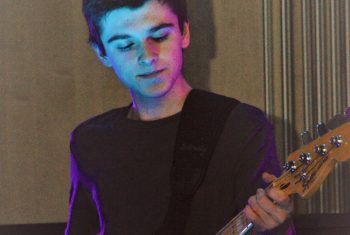