Collyer’s basketball fan Richard Rothwell, who is the Director of Admissions at the Ofsted Outstanding Sixth Form College, was thrilled to see the head to head take place. He said: “Whenever you construct past v present games in your head, it’s always a case of ‘What if? Well,…now we know!”

Fellow fan, Maths teacher Peter Mattock said: “To actually see it happen is incredible! I can’t wait for next year!”

Collyer’s coach Dom Evans, widely regarded as one of the country’s top young coaches, was thrilled: “Although played behind closed doors, there was still a great atmosphere and the talent on show was obvious for all to see. It’s been such an honour for Nick Probin and I to have coached these gifted athletes over recent years.”

Collyer’s Assistant Coach Nick Probin said: “What a great game, played in a true sporting atmosphere. I couldn’t work out who to support!?”

Dom Evans added: “The Legends Game is something that I am extremely passionate about. With the availability of the team to come and play this summer, it was an opportunity that we could not turn down. The day of the game was absolutely incredible. It was a joy to watch the talent that Collyers basketball has produced in the last few years and the talent that Collyers continues to produce. It was a wonderful end to the year. The players can now take a well-deserved summer break before pre-season training.”

Collyer’s Class of 2021 Most Valuable Player (MVP), chosen by the Legends’ side, was Zach Holden. He said: “It was a great afternoon for the current boys, as it was an opportunity for us to match up against some of the quality of the past Collyers players. This is really going to help us going forward into next season.”

The “Legend of Legends”, chosen by the Class of 2021 side, was Josh Raby. He said: “It was nice to come back to Collyers and play some basketball. The current team looks great and I wish them good luck for next season.”

Andrea John, Vice Principal (Pastoral) said: “This enthralling tie encapsulated all that is great about Collyer’s sport. Huge thanks to Dom, Nick, the students and of course, the returning legends.”

Deputy Principal Steve Martell, who presented the Legends with commemorative T-shirts prior to the game, said: “We are in the middle of a golden generation for Collyer’s sport and basketball is no exception. I’m positive that many of the Class of 2021 are future legends!

“Dom and Nick are incredibly generous and talented, giving up so much of their time and effort to pass on their expertise.”

The Collyer’s Sport Academy comprises basketball, football, hockey, netball and rugby. John Burroughs, Head of the Collyer’s Sports Academy said: “We are now attracting students from across the south east and internationally to join our Sports Academy. It really is going from strength and strength. We hope to run similar legends events across some of the other academies in the future.”

Dom Evans added: “The quality of play on view was immense and I’m already looking forward to next season’s game!” 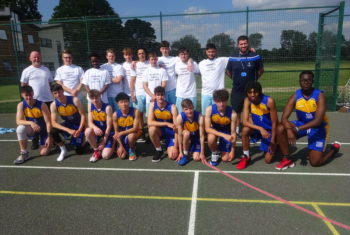 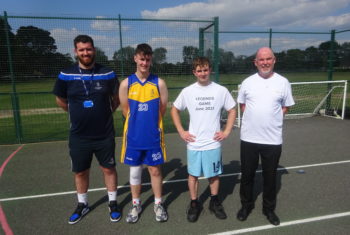 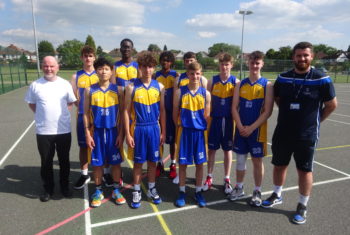 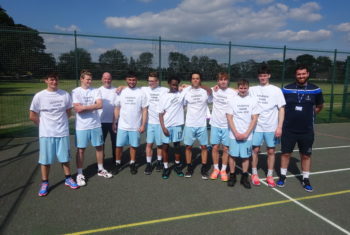 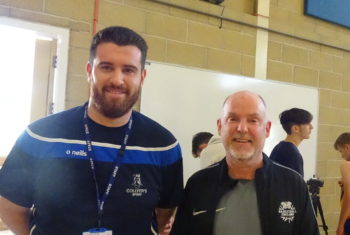 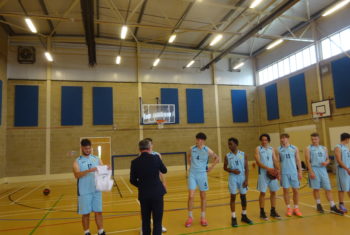 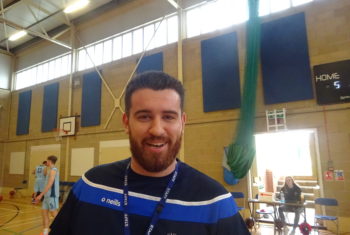 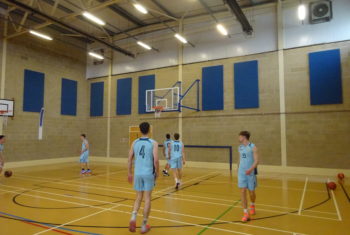 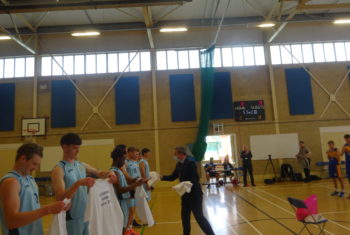 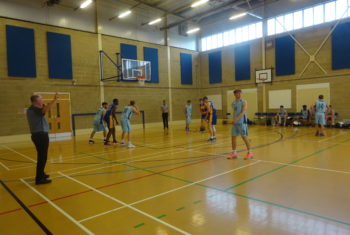