The winners of the annual Collyer’s Sports Awards have been recognised for their 2021/22 achievements. Overall, Collyer’s played over 150 fixtures this season at the U18 competitive age group, and this would not have been possible without a dedicated team of coaches, administrative staff, drivers, and officials. There was much to celebrate, with each sport awarding respective ‘Player of the Year’ and ‘Most Improved Player’ awards.

Head of Collyer’s Sport Academy John Burroughs, who hosted the event, said: “The prize winners regularly attended training, in addition to demonstrating superb teamwork, leadership and skills in their chosen sport. It is important that we reward students for application, as well as the outstanding ability they have demonstrated over the year.”

The Most Improved Player (MIP) for men’s basketball went to Pedro Moraes de Araujo, while Maka Chiware was delighted to pick up the Player of the Year (POY) award. In men’s football first team POY was awarded to Calum Cowdroy, with the MIP prize won by Charlie Pleydell. The men’s football “Golds” prize for POY was picked up by Tate Stowell, with Daniel Cojocaru winning the MIP prize. The hockey MIP award went to Bethany Bubb, with POY to James Upchurch. Rosie Blakely (first team) and Vicky Azeke-Omokaro (second team) walked away with the POY women’s netball prizes; MIP women’s netball awards went to Ashley Kosi (first team) and Oumie Cham (second team).

For her outstanding rowing achievements, the award for Individual Sports Person of the Year went to Emma Quaglieri.

The Mia Craen Outstanding Contribution to Sport was awarded to Eoin O’Donoghue. John Burroughs said: “In memory of Mia Craen, it is fitting that this award, kindly donated by her family, recognises an athlete who has worked extremely hard and motivated team mates so brilliantly throughout the season.”

John Burroughs said: “Well played to all the students and their brilliant teachers and coaches. We should also recognise Kelly Howell’s superb sports administration, which has been first class. I am also extremely grateful for the help of the Collyer’s Senior Management Team. Dan and Steve are passionate about sport and are incredibly supportive.”

Collyer’s deputy principal Steve Martell, who presented the prizes, said: “We have a golden generation coming through and hope that our sporting successes can continue when the new season starts.

“The indefatigable John Burroughs should be commended for widening participation so wonderfully at Collyer’s. We are certainly attracting elite players from across the region and our sports academies in basketball, football, netball, and rugby have grown enormously popular.”

Principal Dan Lodge said: “Massive thanks to our great coaching team and our superb athletes. These students are incredible young men and women, and we are hugely proud of them.” 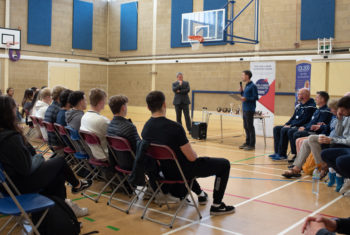 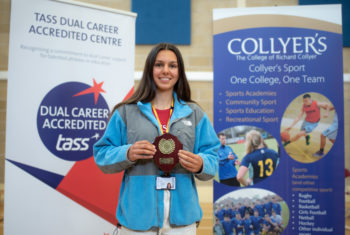 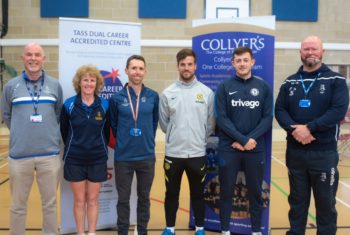 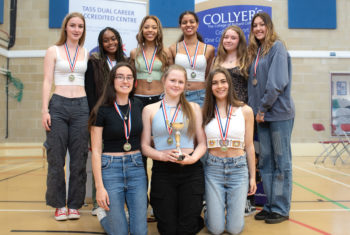 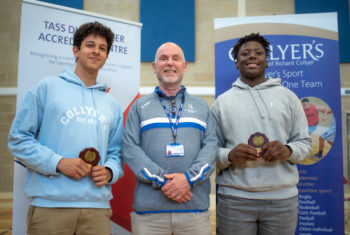 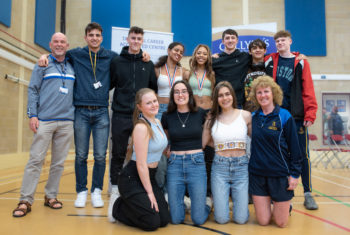 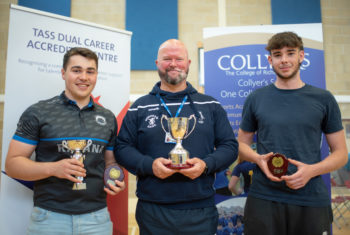 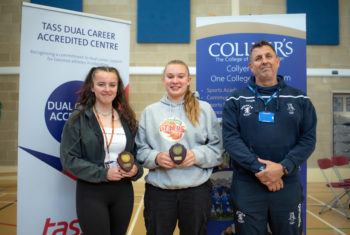 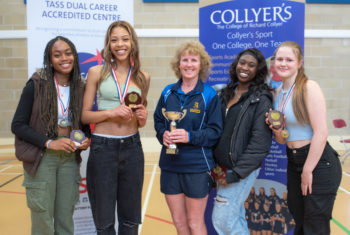 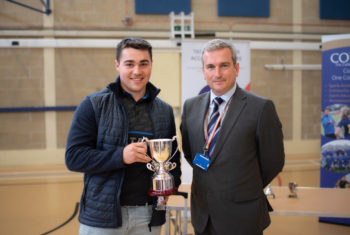 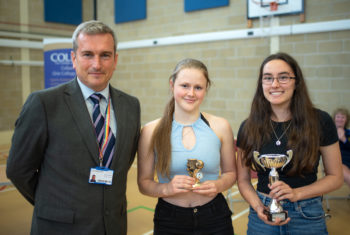 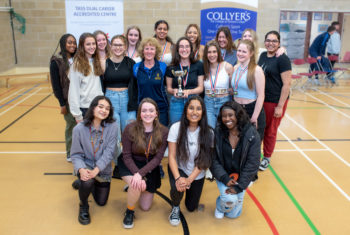 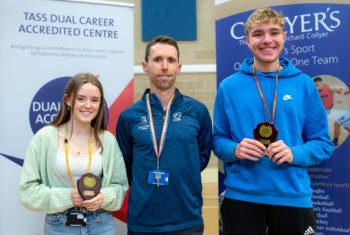