Tamsin Howe, who studies Computer Science, Maths and Physics at the leading sixth form college had a wonderful time: “The challenge was the experience of a lifetime. The excitement in the atmosphere was infectious, it was impossible not to be captivated by it!

“When we arrived at the Palexpo in Geneva on the first day, there as an overwhelming number of teams coming from different countries with different cultures and languages, all gathered in the massive exhibition centre. To be able to transport our robot to Geneva, we had to dismantle it into smaller parts to get it in a suitcase so, on the first day of the event we rebuilt it, decorated our pit, and spent a lot of time meeting the other teams.”

This year’s theme was carbon capture, and the aim of the matches was to gather as many balls of carbon as possible and deposit them into a huge funnel with just two and a half minutes per match.

At the opening ceremony, many teams wore traditional costume, and numerous VIPs arrived, including will.i.am who gave an inspiring speech. He said: “This is better than the Superbowl and the reason why, is because this is tomorrow!”

The opening ceremony was live streamed, with each team proudly waving their national flags, before speeches from Dean Kamen, the founder of FIRST, who talked about using science and technology and a tool not a weapon to solve problem such as carbon capture. The ceremony ended with an amazing Swiss culture show.

After a series of practice matches, where Collyer’s UK team played alongside teams including Armenia, Germany, Libya, Portugal, and Syria, the ranking matches started, live streamed on the FIRST Global YouTube channel. During the first two minutes all six teams from both alliances had to work together towards this common goal of collecting the carbon. In the last thirty seconds the robots had to try and lift themselves up using a bar to gain multipliers on the carbon points for their alliance, the higher they could climb the greater the multiplier.

Tamsin explained: “To be successful in the matches, we had to clearly communicate with the other teams on our alliance to decide on a strategy so that everyone knew what was going on.”

After a cultural dinner that evening, the following day included further ranking matches, where the Collyer’s team played with teams including Hope (refugees), Romania, Guam, Pakistan, Bhutan, Kiribati, Colombia, and the United States.

Tamsin said: “We came across a few problems, including our fly shooter getting jammed, but with help from other countries we were able to solve any problems that we came across and continue to gain points.”

On the evening prior to the final day, teams enjoyed a dinner sponsored by LAM Research, which included an insightful presentation about their important work.

Tamsin said: “There was also a raffle which team UK unexpectantly won the prize, which was a raspberry pie set, which we are all excited to use!”

During the final day of the event, the morning consisted of the final ranking matches where Collyer’s played alongside Togo, Burkina Faso, Guinea, and the Netherlands. Collyer’s Team UK did not make the final play-offs but were winners of the social media challenge.

The winning alliance went to Switzerland, Belize, Botswana, and Lithuania and the most points overall was Kazakhstan. Dean Kamen gave another speech where he called the competition a “co-opetition” due to the intentional collaborative design.

Tamsin added: “We had an unforgettable week, but none of it would have been possible without our sponsors, so on behalf of the team we would like to say a massive THANK YOU for helping us to get there!”

Collyer’s Principal Dan Lodge said: “Tamsin, Kian, Muhie, Oscar and Jeremy are a credit to the UK and the Collyer’s community. We are incredibly proud of them.” 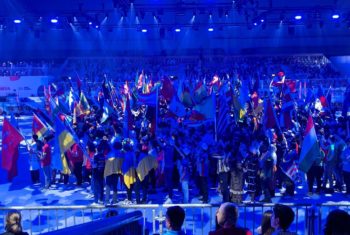 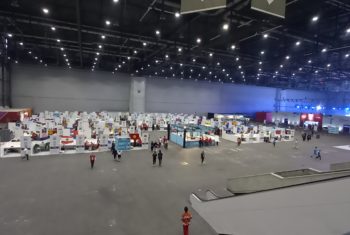 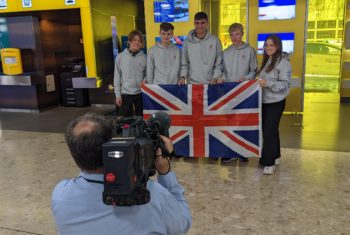 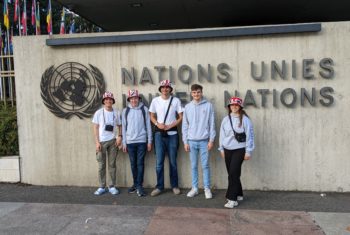 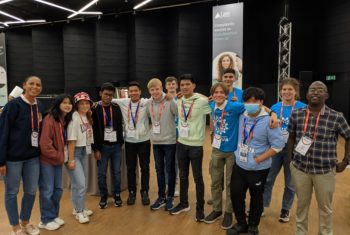 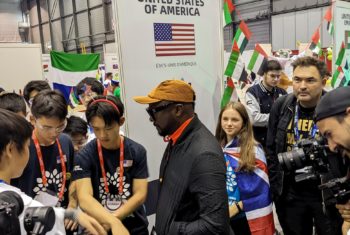 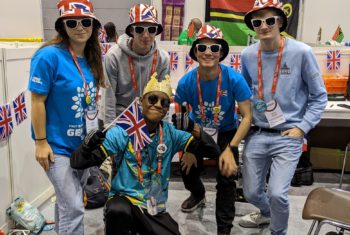 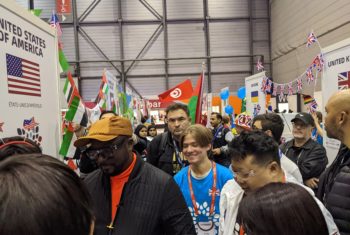