At the annual Collyer’s Prize Giving ceremony, successful students have been rewarded for their 2019 achievements at the college. The event was attended by students, teachers, families and other members of the Collyer’s community. Music was provided by the student Piano Trio, comprising Tym Bielenski, Vicky Ridgway and Carys Underwood. Student Seb Dunkley was responsible for photography.

The Mercer’s School Memorial Prize (The Merrett Bequest), awarded by the Mercer’s Company, was won by Wiggert Vermeer; recipients of the Mercers’ Exhibition Prize, awarded by the Trustees of the Collyer’s Foundation, were: Navid Kalani, James Maclean, Lawrence Schofield, Elizabeth Budgen, James Burrows and Timothy Edwards.

The Trustees of the Collyer Endowment Award to the highest achieving International student, was won by Hoi Ching Tang.

Ciarran Buckley was awarded the Adam Howard Law Prize, set up in memory of a very promising law student, and kindly presented by his mum, Claire. Billy Venner was delighted to receive the Business Prize for Entrepreneurship, with Megan Taylor awarded the prize for Strategic Management.

The 2019 Alumni Prize, for an ex student who has continued to keep in touch and support the college, went to Dr Sophie Avery.

Principal, Sally Bromley, who hosted the ceremony, said: “The Prizegiving event celebrates the wide range of student achievement at Collyer’s. Students are awarded prizes for excelling academically and the way they engaged in activities outside the classroom, in clubs and societies, sport, music and drama, or the way they supported other students in their studies while persevering with their own. They are all truly awe inspiring young people and all at Collyer’s are extremely proud of them.”

“It was an honour present this year’s Alumni Prize to Dr Sophie Avery, an outstanding ex-Collyer’s student who having left us in 2008 is now enjoying a massively successful career in veterinary medicine, specialising in equine medicine. It was great to see Sophie again and hear how her success story is progressing.”

Sally Bromley proudly presented the overall prize for Student of the Year 2019 to a delighted Morton Woodburn.

Dr David Skipp, Chair of Governors at Collyer’s, told the audience: “I’d like to congratulate the staff for all their work encouraging and passing on their expertise. Collyer’s really is outstanding, and much appreciated by Horsham residents; the results and achievements of our students are amazing!

“I congratulate you all sincerely and I’d also like to thank supporters, families and friends for their help, which is much appreciated.” 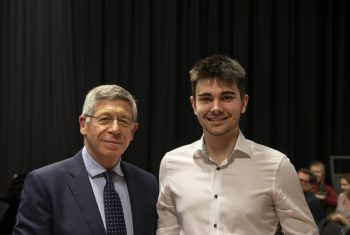 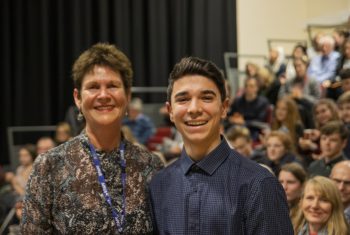 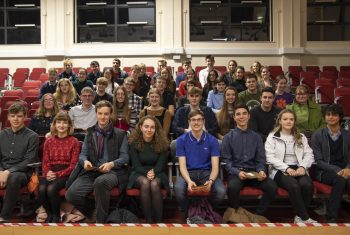 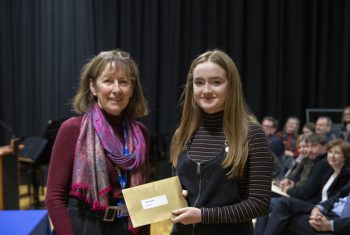 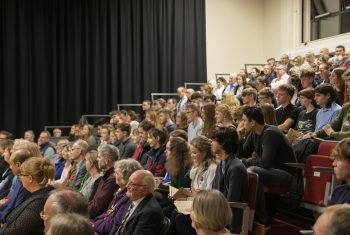 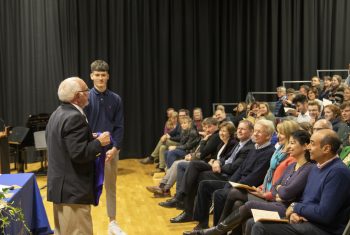 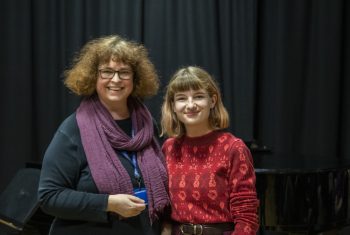 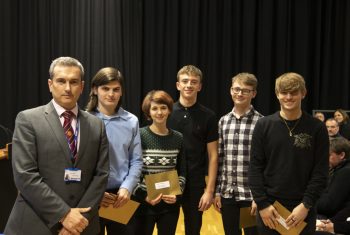 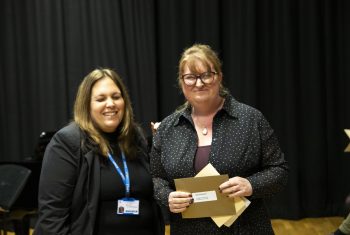 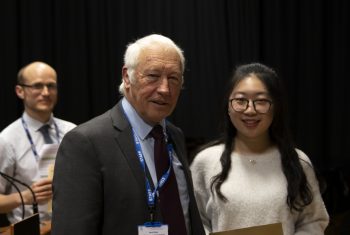