Guests and members of the Collyer’s community past and present enjoyed the unveiling of a sculpture last Friday, 8th July, to commemorate the 200th anniversary of the death of the poet Percy Bysshe Shelley. The work, commissioned and donated by David Arnold, Collyer’s Principal from 1983 to 1999, will eventually be set in the new Shelley Building, scheduled to open in spring 2023.

Principal Dan Lodge welcomed the assembled guests and introduced David Arnold, who spoke passionately about Shelley, and thanked Horsham MP Jeremy Quin for attending. David quoted Shelley’s sonnet Ozymandias and explained its relevance to the day’s event. It was while reading and thinking about that poem that he had had the idea of a Shelley Memorial illustrating the sonnet and, with that in mind, had contacted the distinguished sculptor, Hannah Stewart. David said: “Hannah is a former Collyer’s student, one of whose early works is the bronze statue of a dragon in the middle of the maze in Horsham Park. I put the idea to her, and she came up with the idea of a bronze relief which would illustrate Ozymandias.”

Hannah Stewart said: ”It has been a real privilege to create this bronze relief celebrating Shelley’s poem ‘Ozymandias’. I am thrilled to have had this opportunity to commemorate such a fabulous poet in his hometown, at my former College, and I hope that it will inspire many students to explore and discover more of Shelley’s writing. I remember David Arnold reciting this poem when I was a student here, so it feels especially fitting that there is now a sculpture based on the poem at the College.”

Dan Lodge said: “It was wonderful to welcome back our previous Principal David Arnold and commemorate Shelley’s bicentenary with David’s gracious gift of a sculpture by Hannah Stewart, renowned artist and Old Collyerian.”

Jeremy Quin said: “I was delighted to unveil the plaque at Collyer’s marking the bicentenary of the death of Percy Bysshe Shelley. Shelley is one of England’s finest poets and perhaps Horsham’s most famous son. I am so pleased that Collyer’s have recognised Shelley in this way and even more pleased that an Old Collyerian, Hannah Stewart, created the plaque. My thanks to former Collyer’s Principal David Arnold for supporting such a wonderful piece of commemorative art.” 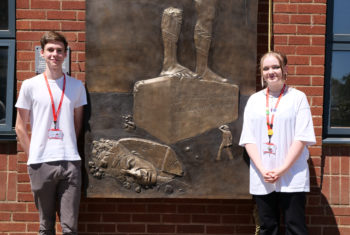 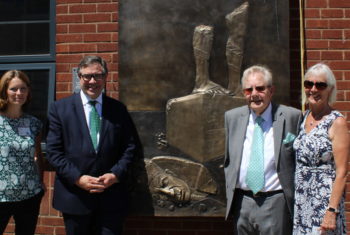 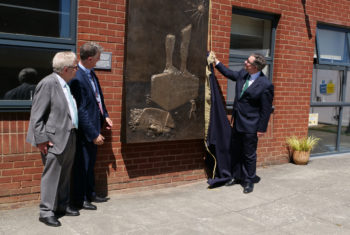 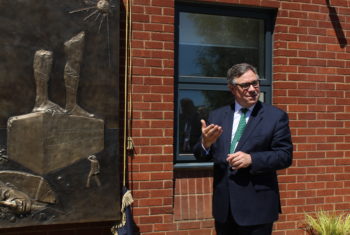 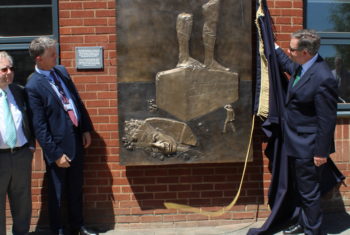 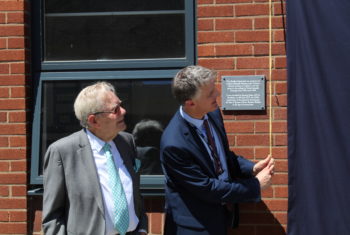 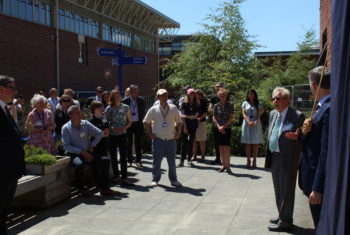